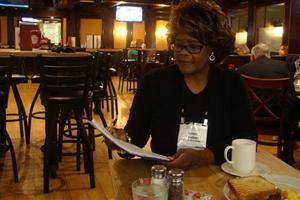 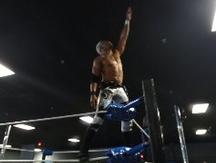 The author in March and May 2018, living a dual life as lady editor and tomboy trucker. 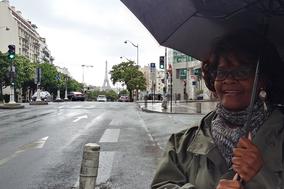 Sexuality and Christianity in Her Fiction

“When I wrote Grace and my two other long works of fiction, one of the themes I explored in depth is same-sexuality in women.  I had little choice in the matter; it came from my writer's well of experience. However, now, though I still love my characters, I am not a proponent of that orientation or lifestyle; I am not aboard the same-sex agenda that has swept our nation -- because I think the movement is designed not to help individuals but to defy God. No matter how we enter this world, no matter what compositions we might have inherited in our fallen state, we are obligated to think and live in a manner that obeys and pleases God.  I have decided to do that in my own life -- despite anything that I have done or have written in the past.” 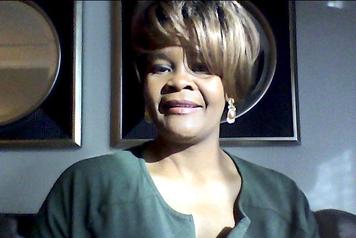 Janet and Nita, co-editors of Nita's  memoir Civil Rights Baby, stand before the Basilica Sacré-Sœur at Montmartre. Photo by Ludovic B.

With new friends in Paris.    (Photo by N. Wiggins)

In the Porte Saint-Denis section of Paris with Merry Biteye, founder of Creators of the Web (www.creatorsoftheweb.com), in the home of Kathleen Dameron. Ms. Walker was featured speaker at a fund-raising event for Dameron's Sistah Circle Paris, a support group for women of the African Diaspora who live in Paris. 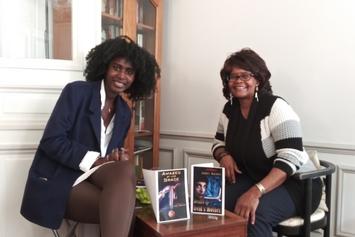 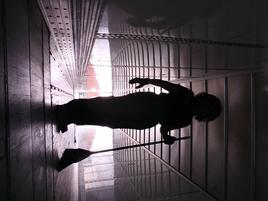 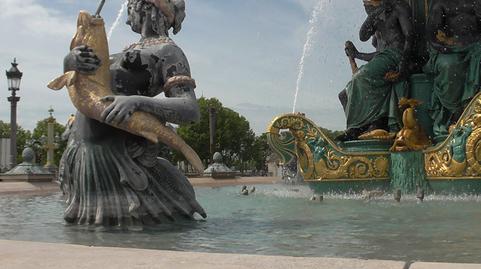 Getting in some editing over breakfast at a publicity conference in Philadelphia, Pennsylvania, May 2018. (Photo by Nita Wiggins) 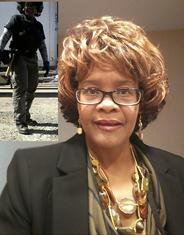 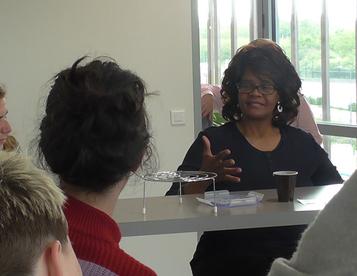 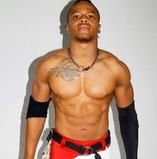 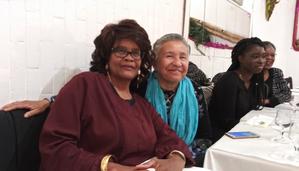 Above: The author at an annual Black-history knowledge party held in downtown Paris, hosted by author Gaëtane Selgi. May 2019. (Photo by Nita Wiggins) 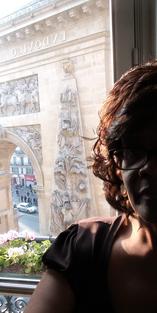 THE AUTHOR IN SILHOUETTE

Inside the 53-foot trailer of a truck unit, 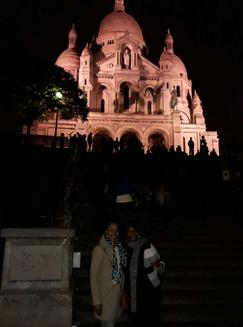 Porte Saint-Denis in Paris, France, as seen from the fourth-floor apartment of Kathleen Dameron, a Black woman who left the United States at 18 and, 42 years and 5 learned languages later, gets to see a historical masterpiece every time she looks out of her windows. "I wake up every day in paradise," Dameron says.

The author in France in April 2019, speaking to university journalism students in Lille, near the Belgium border. The curriculum for the class was created by U.S. sports broadcaster-turned-France professor Nita Wiggins. 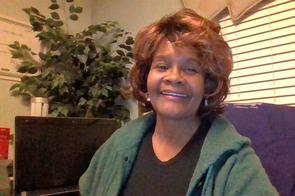 (Photo below by Nita Wiggins)

Above: Relaxing at home in Atlanta, Georgia, January 2019. 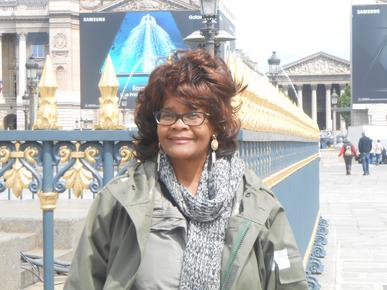 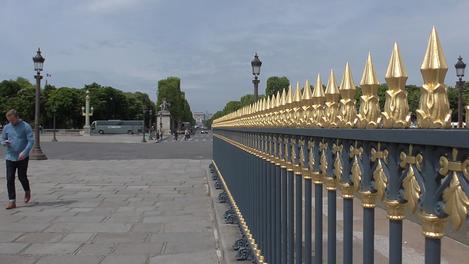 Walker at Place de la Concorde, the site where 1,200 members of the upper class were executed by guillotine during the French Revolution. The area is now a bustling, spacious town square. 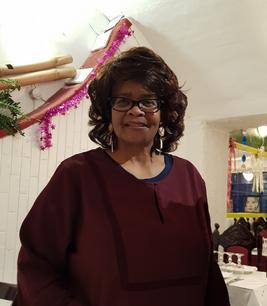 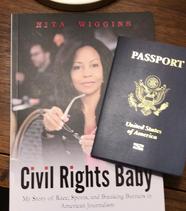 Above: Taking a moment to savor and ponder the view at Porte Saint-Denis. (Photo by Nita Wiggins) 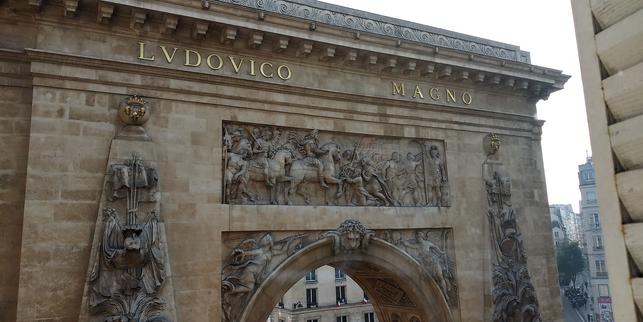 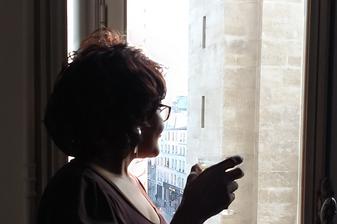 ​​​​Janet Marie Walker  loves the broad open spaces of Texas as much as she loves the meadows and magnolias of Georgia. Born in one state and raised in the other, she is the fifth of eight children born to William and Marie Walker of  Charleston, South Carolina.  As a youth, Ms. Walker enjoyed reading novels, playing sports, visiting the public library, and studying the Bible literature of Jehovah’s Witnesses.

After graduating from high school in Augusta, Georgia, Ms. Walker held jobs as newspaper reporter and copy editor, TV associate producer, intern for a New York City publishing house, UPS package handler, and cross-country truck driver.  She once struggled as a welfare mother and worked one summer as a janitor on the housekeeping staff at the Cable News Network (CNN) headquarters in Atlanta.

Ms. Walker studied communications and creative writing at Augusta State University, where she received the Walter Wiggins-James Lott Communications Scholarship, the  Samantha Dawes Wich Scholarship for Creative Writing, and the Will Shingleton Creative Writing Scholarship.  At Georgia State University in Atlanta, she studied rhetoric and composition, as well as African American Studies, and performed literary research as a Ronald McNair Scholar.

In 1991, before college, Ms. Walker became founding editor of Candace (kan-DAY-see), a regional feminism-and-fashion magazine patterned after Essence and the first publication of its kind in the Augusta area.  (Because of financial difficulties, the magazine lasted only briefly.) In 1994, she received top guest-editorial spot in The New York Amsterdam News for a racial analysis of Disney’s movie The Lion King, and her feminist critique, “The Disney Girl,” appeared in the St. Martin’s Press college text The Great American Bologna Festival and other Student Essays, 1994-1996 editions.  For two years, she wrote fictional stories about the Imani doll for Olmec Toys, a company founded by businesswoman Yla Eason and once the nation's largest producer of ethnic dolls.  The stories were designed into booklets that sold with the dolls.

Ms. Walker is the author of the three-book novel  Amazed By Her Grace, first released on December 12, 2012, as an e-book and revised and re-published in  2015; Desire of Ovid's Mother, a stage play released as an e-book in 2013 and again in 2015; and a controversial novel (with explicit content) published in 2010 under a pseudonym. The themes that drive Ms. Walker's fiction are social taboos, the power of religion, class differences among African Americans, and the complex nature of female sexuality.

Ms. Walker recently authored What You Didn't Learn in Trucking School: The Trucker's Little Book of Etiquette (Word Garden Publishing, 2020), a frank and delightful pocket guide that offers practical advice and etiquette tips for truck drivers. Earlier in her life as a writer, Ms. Walker wrote 100 newspaper articles and editorials that were published in local newspapers, including an interview with one of her favorite writers, novelist Gloria Naylor. She has published two books of social commentary (the world as seen through the eyes of an ordinary citizen) and has transcribed her 28-year private diary into 14 small books, yet to be published.

She also served as line editor for Civil Rights Baby: My Story of Race, Sports, and Breaking Barriers in American Journalism  (Listen To Others Publishing, 2021),  a memoir written by American broadcaster-turned-France professor Nita Wiggins, who, like Ms. Walker, grew up in Augusta, Georgia.

Ms. Walker declares herself retired from editing and spends most of her time living on the highways of America through her trucking employer. During her long drives, she listens to audio lessons about various topics, including grammar, the French language, Bible history, and Christian apologetics. She also enjoys old radio dramas and well-written, well-voiced audiobooks. She savors the life of a highway cowgirl and believes that only family obligations will remove her from the peace and freedom the lifestyle affords. She has a son named Chad Niger (wrestler Chad "Sky" Walker, pictured below) .